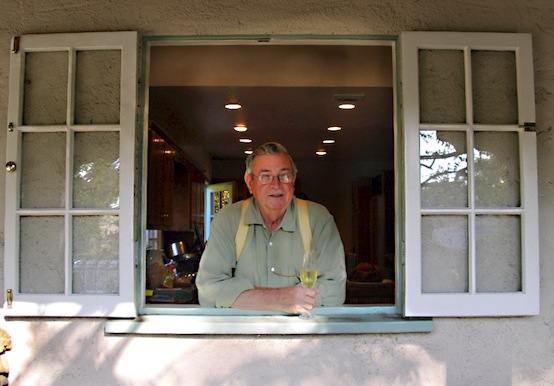 Distinguished Professor in Residence of the Department of Classics and the Program in Indo-European Studies at UCLA, died at his home on March 20, 2013. He had retired from his position as Victor S. Thomas Professor of Linguistics and the Classics at Harvard University in 2003, moving to Los Angeles and to UCLA when his wife Stephanie Jamison accepted a professorship in Indo-Iranian in the Department of Asian Languages and Cultures.

A dominant figure in Indo-European studies and historical linguistics, Professor Watkins played a leading role in meeting the challenge of revising the received model of Proto-Indo-European to incorporate the facts of Hittite and Tocharian, whose evidence was discovered only in the early twentieth century and was still not fully appreciated until his pioneering efforts of the 1960s. While he is particularly famous for his revolutionary analysis of the Indo-European verb, he made equally trailblazing contributions to the study of Indo-European nominal morphology and syntax. Working out the relationship of Hittite (Anatolian), Tocharian, and also Italic and Celtic to the rest of the family further led him to reexamine several broad issues of methodology in historical linguistics.

As he himself expressed it in characteristically plain language, his interest in prehistoric and early Indo-European speakers also vitally included “not only how they talked, but what they talked about.” Hence his career-long devotion to the study of “Wörter und Sachen”, mythology, and poetics, culminating (but not ending) in How to Kill a Dragon. Aspects of Indo-European Poetics (1995), a book both epochal and sui generis. This aspect of his scholarship had particular resonance for the Program in Indo-European Studies, which from its founding has championed a holistic approach to the study of Indo-European language, culture, and society.

Cal Watkins continued his scholarly activities in his decade at UCLA, during which he made multiple presentations at the East Coast Indo-European Conference as well as at international conferences in Kyoto (2007) and Cologne (2012). A version of the last-cited paper, “Aspects of the ‘Expressive Dimension’ in Indo-European: Toward a Comparative Grammar of Speech Registers” (likewise presented in a French version in Paris), was also read at the 24th UCLA Indo-European Conference last fall and will appear in the forthcoming proceedings. Other recent scholarly publications are listed in the bibliography in Selected Writings. Volume III: Publications 1992-2008, ed. by Lisi Oliver (Innsbruck 2008). He recently supervised the third revised edition of the widely admired American Heritage Dictionary of Indo-European Roots (2011), which also contains his essay “Indo-European and the Indo-Europeans” that so masterfully introduced our discipline to the general public. His many contributions to PIES include teaching a memorable version of Classics 250, “Greek Epigraphic Verse” (Spring 2005), notes and handouts of which continue to be used, and stepping in on short notice to teach an Introduction to Tocharian. He regularly served as a second reader on qualifying examinations and as a member of dissertation committees (at least half a dozen, including two current), and mentoring graduate students carrying out both summer and academic-year research projects (one ongoing). He was looking forward (as were we) to his imminent service on two more dissertation committees. His unique expertise and discerning judgment will be sorely missed in all of these areas. His unusually broad intellectual curiosity remained undiminished, and he further enjoyed attendance at meetings of the American Oriental Society, at lectures in UCLA Classics and Linguistics, and participation (and occasional presentations) in Pamela Munro’s seminar in American Indian Linguistics, and periodic meetings of the informal “Anatolian Club” at the home of Jaan and Madli Puhvel.

Recent and current UCLA graduate students met the same Cal Watkins that others of us knew from decades before. He held firm and well-formed views and did not suffer fools gladly, but he had no truck with dogma or doctrine and emphatically never presented his own analyses in such terms. Those of us fortunate enough to have been his students can attest that in his teaching he never emphasized facts (most of those we were expected to learn on our own from reading and listening), but rather how to become a practicing scholar: how to read a text, how to identify a problem, how to recognize (and formulate) an argument. His preferred way to teach these skills was by example and by “on-the-job training”, in which we ourselves tried, received patient and constructive criticism, and tried again, with the cycle repeated until we achieved some modicum of success. The abiding relevance of his ideas is manifest in the references and acknowledgements sprinkled through our work (and that of others in multiple disciplines). His personal legacy lies deeper: in teaching us how to think—as Indo-Europeanists, as linguists, as humanists.

The preceding lines have focused on Calvert Watkins as preeminent scholar and unexcelled teacher. We authors of this all too brief remembrance may be permitted to close with memories of his qualities as a human being: warmth, openness, utter lack of pretension, genuine interest in and respect for his interlocutor (regardless of station), rich sense of humor, and irrepressible joie de vivre. Also in this regard those who came to know him only in his last years here at UCLA experienced the very same person as those of us who met him three or four decades before. The same man who in the fall of 1967 greeted a new and very raw Harvard graduate student with a hearty handshake and the words “Hi, I’m Cal Watkins!” chatted amiably with current and prospective UCLA graduate students in Indo-European and Classics in his very last public appearances in March 2013.

His scholarly ideas will live on, duly transmogrified as he not only foresaw, but also welcomed. His teaching will likewise be faithfully passed down by his academic “progeny”, as he vouchsafed us the wisdom of his own teachers. What remains inimitable and irreplaceable is that twinkle in the eye, that wry smile, and that unmistakable inflection of voice…
We will not see his like again.